02 Oct 2914
In October 1988 I was sixteen. Sporting a spiral perm and shiny pink lip gloss, I was about to enter my final year of high school. I had won a place in our exchange program and so over our summer holiday I spent a few months in DC. I have fond memories of this time and one memory in particular has stayed with me always: visiting the Smithsonian National Air and Space museum.

26 years later, I have returned. I found myself darting from one exhibit to another, in no particular order, on my way to one thing something else would catch my eye. “I want to see every thing all at once!” I was over stimulated.
“Slow down, there’s no rush” I finally reminded myself.

We joined a highlights tour, which was exactly what we needed. Our guide was a retired air-force pilot wearing a navy blazer and standing straight despite his advanced years. His hands were a little shaky as he held up laminated images to help illustrate the stories as we moved around. This man knew his stuff and we warmed to him immediately.

The tour painted a much richer picture of the events of history than simply gazing uninformed at the exhibits, as I had been earlier! This tour is a must. He shared stories of Ham, the space chimp; the Cold War and Space Race; explained how the launch rockets worked and illustrated their size and force; described the Apollo missions; and he introduced us to the pioneer pilots and their flying machines. We explored original machines, prototypes and replicas.

It was so interesting. We learnt so much. What an experience.
“We’re going to be the last ones leaving today, there’s so much to see.” My excitement hadn’t diminished.

One of three seats inside the Apollo II command module 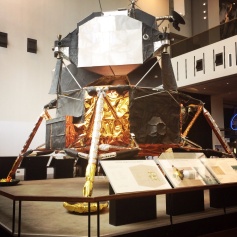 Apollo Lunar Module. This is a real one. A spare.

Apollo Lunar Module. There are 5 of these on the moon with 5 American Flags.

After learning about the Hubble telescope, how it was launched and repaired, and being amazed at the pictures of deep space that it beams to Earth, we lined up to see the 3D Hubble movie at the IMAX. It was amazing, I was nearly moved to tears. I lifted my hand to pluck a star floating in front of me. We were time travellers in space, travelling to the edge of the known universe. What lies beyond?

The film goes someway to explaining the size of the universe, which consistently blows my mind. We are less than microscopic in comparison. More than anything else, this should be a powerful message as to the importance of looking after our own perfect, unique, little lonely planet.

Hubble Space Telescope. It’s a back up / prototype. 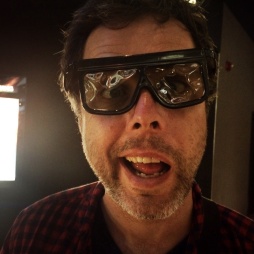 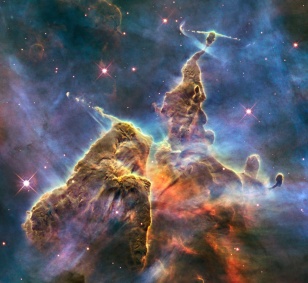 As we climbed out of the cinema we agreed that we weren’t done yet and decided to revisit some of the highlights from the tour and spend a little more time with them. Also there was the other half of the museum dedicated to aviation development from the 1930’s to modern-day jumbo jets to explore. We also learned that there is another hanger out at Dulles Airport with the Space Shuttle Discovery and a Concorde plane among other things! There’s another reason to come back. 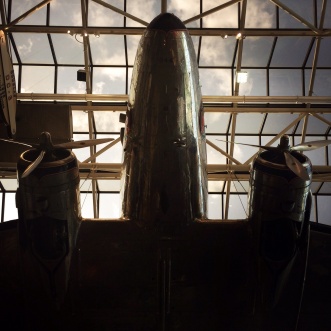 By 4:30pm we’re both flagging and reluctantly ready to call it a day. Too tired to walk, Dave ordered an Uber taxi back to the hotel. There was only one thing left to do; climb into bed for an afternoon snooze!

Did you notice that I didn’t mention our lunch today? For good reason. Following the museum map to the “food court” we discovered an enormous McDonald’s counter. McDonald’s. That’s it. That’s your choice. Hurumph. We felt like a light lunch, a salad and a glass of crisp white wine perhaps.
“Two quatre pounders please” I reluctantly ordered.
“Meal deals with coke and fries?” The server asked briskly stabbing buttons on her screen.
“No thank you” I felt like that vegetarian in the butcher. (yesterday’s post)
Of course they were sweet and delicious, but still. It’s the principle of the thing.

We were at ‘Kramerbooks & Afterwords’, the bookstore, bar and restaurant across the street from our hotel. After dinner we mooched about the book store. I bought ‘The Art of Travel’ by Alain de Botton.”A jewel of civility, wit, and insight…” According to The Baltimore Sun. Perfect. 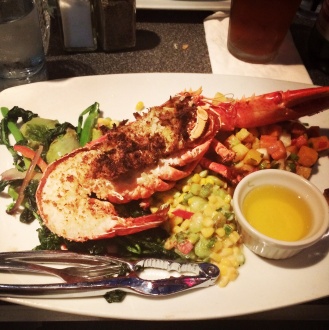 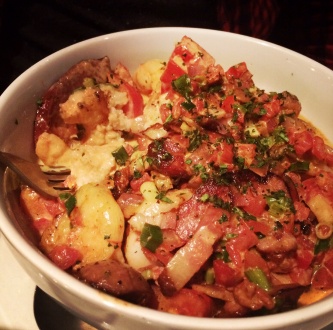