25 Sept 2014
I caught up with a work friend, Gretchen, for lunch today. Gretchen is one of the researchers who invited me to Chicago in June this year,

to speak at an Activity Based Working Summit during the massive furniture exhibition that is Neocon.  After checking out the Herman Miller Showroom (minus the Neocon crowd) we tried a new restaurant that has just opened called The Highline Bar. It was nice to catch up, I first met Gretchen in Sydney in April.  After a delicious lunch she treated me to a bag of Chicago’s finest Gerret’s popcorn mix – cheese and crunchy caramel mixed together. When Dave and I tried them later that night we couldn’t stop eating them! They’re deadly delicious.

David and I met at the Architecture Foundation river cruise after lunch, excited about exploring the river ways. We took our seats on the top deck and relaxed as the First Lady glided along the three branches of the Chicago river. An extremely knowledgable volunteer provided a running commentary on each if the major buildings and bridges as we passed. He gave us information about urban planning, the architects for each building, the principles styles and their influences. So many facts and figures in both metric and imperial measurements it’s difficult to remember the details.
“He spilled his mind onto the deck; you can’t fault him” agreed David “but I can’t remember any of it.”

I remember being surprised with how many SOM designed buildings are here, and I remember an interesting quote from the man behind the Chicago urban plan:

“Make no little plans; they have no magic to stir men’s blood and probably themselves will not be realised. Make big plans; aim high in hope and work.”
– Daniel Hudson Burnham (1846-1912)

This really resonates with me. It strikes me as being equally applicable to life: make big plans and aim high!

Rather than ramble on with sketchy facts about the tour, I’ll let the photos do the talking: 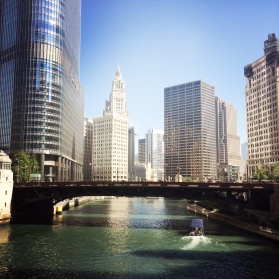 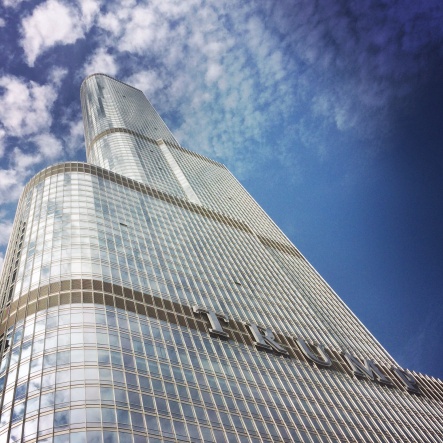 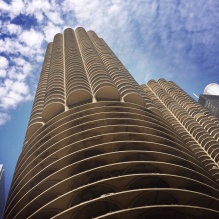 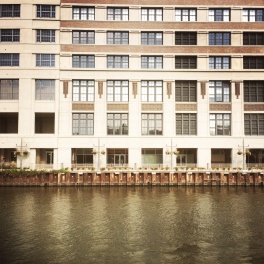 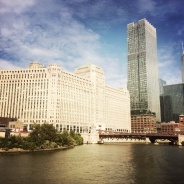 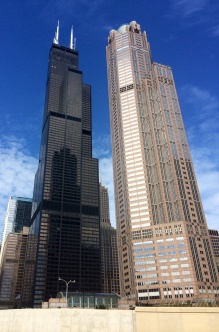 We were feeling inspired and loving Chicago after the tour, and in need of a cold beer. We found a beautiful outdoor beer garden at Howells & Hood, on Michigan Ave. It was perfect, with lush landscaping creating private settings, and a four page beer menu. “Are you joking!” I couldn’t possibly make a choice so I left it to David. With a beer menu as extensive as this, we settled in and had our own private Oktoberfest ! Woo-hoo! Hic…

Photo from the internet

You what they say: Two beers are better than one!

We rolled home with the giggles. Later that night we set up my mobile cinema system and watched a film. It works so well!! I’ve packed a tiny pocket projector that mirrors the iPad, and a portable speaker. The image size is about 80 inches! We love it.

4 thoughts on “BUILDINGS BY BOAT”